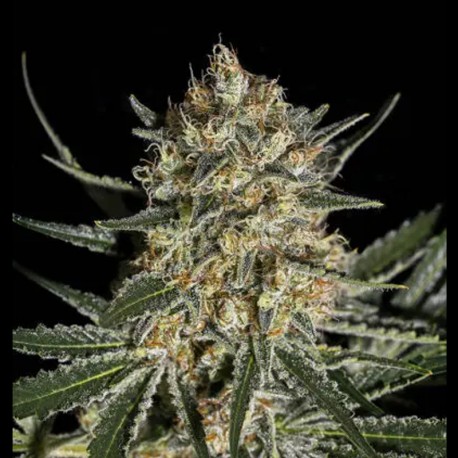 Face Off OG Bilbo is a 70% Indica Californian variety that comes from a very potent phenotype of the world famous OG Kush. This plant is capable of producing up to 600 gr / m2 of dense and very resinous buds that will be ready to harvest in 63 days. Earthy and mossy aromas that will accompany a powerful physical effect that will take you to a pleasant state of peace and relax.

FACE OFF OG BILBO is California's own FACE OFF OG KUSH feminized in BILBO. This variety is Indica predominant with 70% indica 30% sativa.

At the end of the 90s in California this variety became very famous as an exceptional phenotype of OG KUSH. It was called FACE OFF after the film by John Travolta and Nicolas Cage in which the protagonists exchange their faces, and legend has it that its powerful effect changes your face, that is, it turns your face upside down, and that's why became very popular with Californians.

It produces dense, extremely resinous buds with thick, reddish pistils that stand out in the lime green tone of the bud. It is also a powerful plant of medium size and with about 63 days of flowering it will be at its peak. Earthy aromas, moss, humid forest, very characteristic of OG KUSH. Powerful narcotic analgesic effect. It also has an average THC of 21%.