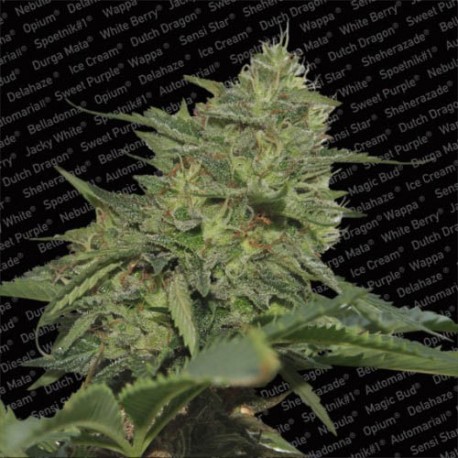 If you like the smell of skunk and so characteristic, be sure to cultivate this Original Cheese from Paradise Seeds. Indoor flowering time: 56 days. Outdoor harvest: Early October.

Original Cheese is a classic and unique strain , that dates back to the late 80's it was available in some coffee shops in Amsterdam. Then he disappeared and Super Skunk became the most popular for some time . We received the original clone a female Cheese in 2003 by our friend in London , Red Eyed . Since then , we've crossed paths with several varieties , but never released any on the market , instead we decided to make it available in its original form pure . ( In the Line of race)
Original Cheese plants produce high yields of very sturdy and thick buds large distinctive smell and taste cheese.

We recommend Original Cheese (CBI ) to all lovers of the pungent Skunk .