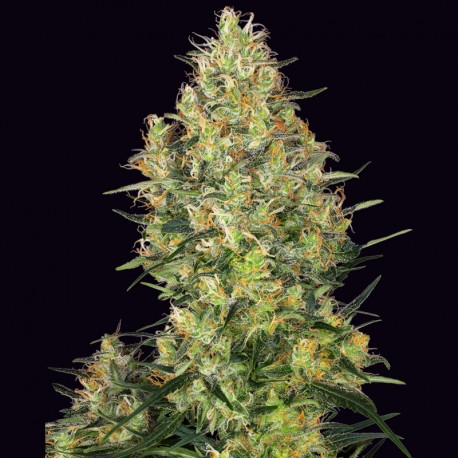 The most powerful member of the Skunk family and therefore one of the varieties most potent Indica-dominant strains ever made available, this very special hybrid is named in honor of the Hindu god Shiva , the Lord of Bhang .


Shiva Skunk seeds were an instant hit when released in 1987 as NL # 5 x Sk # 1. This simple name was of great interest to any growers familiar with these two famous parent-plants . A new cannabis strain combining distinct and stable genotypes is always a noteworthy event, and that particular string of letters indicated something extraordinary .

NL # 5 x Sk # 1 offered growers a taste of 'cannabis cubed ' , a super-hybrid embodying the two most powerful cannabis strains known at the time . Before being formally named , Shiva Skunk was already building a reputation as the next step in growing marijuana. Currently , Sensi Seeds has taken Shiva Skunk one step further by offering one of the preferred varieties of all time as a uniform range , reliable , all-female !

Bouquet is musky and dank with sweet-citrus , smoke is thick , expansive and resinous, described as 'creamy' by veterans , sometimes as ' oily' or 'heavy ' by novices . The extreme body-mind potency of Skunk Shiva can have a range of different effects in smokers, eyed and giggly , or deeply contemplative, or even , stimulating and very active . Not be taken lightly; remember that Lord Shiva's primary title is The Destroyer !