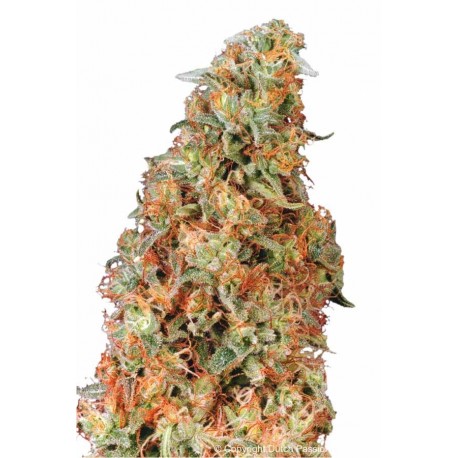 We developed Powerplant (mostly Sativa ) in 1997 from new South African genetics . This From the moment it was presented in 1997 , Power Plant became an instant hit , a variety very stable classic and a powerful effect. Power Plant is a mostly sativa variety that comes from South Africa and whose original version is only available through Dutch Passion .


It is a major producer indoor , greenhouse and outdoor ( grows well in the Mediterranean climate ) reaching 500-600 grams / m² and is very popular with recreational and therapeutic growers . Power Plant is one of the key varieties of our collection and has been regarded as a legend of Dutch Passion White Widow level . We 've always been choosing not hybridize never so race remains a pure and stable with a well-deserved reputation. When we started to market all coffeeshops Power Plant wanted to have on their menu and , today, is still for sale.

Power Plant is rich in THC and offers a very strong psychoactive stimulant, it has a fresh flavor and mild aftertaste that leaves a sweet aftertaste. Plants reach 1 to 1.5 meters tall and the buds often reach more than a foot measure , dotted with small leaves . Outdoors the plants begin to bloom later but mature faster and are usually ready around the second week of October. Indoors , flowering starts already one week after reducing the photoperiod to 12 hours and lasts about eight weeks in total.

As a pure breed unhybridized very uniform, consistent and predictable. Power Plant is one of those uncomplicated original classic varieties that everyone should try. Stable, powerful and gives high yields .